Edmonton is the Capital City of the Province of Alberta, and is otherwise known as the Oil Capital of Canada. Other than benefiting from Alberta’s significantly lower taxes, Edmonton residents benefit from living in a city with a flourishing economy, expansive real estate market, amenities and attractions, and lush green surroundings from the 27,400 acres of parkland it has to offer; the highest parkland to resident ratio in Canada.

Edmonton is a major oil and gas centre, attracting workers from overseas and around the country, and has resulted in a vast infrastructure expansion such as an advanced bus network and rail system that are an affordable and environmentally friendly means of transportation available to most Edmontonians.

Edmonton, when compared to most Canadian cities, has very low unemployment rates (4.5% in late 2014) and a high availability of employment. The predominant commercial sectors in Edmonton reside in oil and gas, otherwise known as petrochemicals; however the construction, health care, and social assistance sectors have proven to be growing at expansive rates with a high availability of jobs. The city hopes to continue drawing appeal from foreign and domestic workers.

The other employment sectors demonstrating significant promise as of late have been information technology, banking, and biotechnology with employers such as IBM, Canada Western Bank, TELUS, General Electric, TD Canada Trust, and more. Due to a lack of available workers in Edmonton, employment opportunities are particularly high, and it’s said that new migrants to the city often spend very little time looking for work. 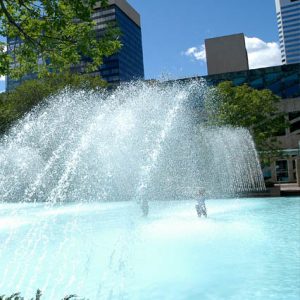 Edmonton has a characteristically continental climate with large variations in seasonal temperatures. The range of climate in Edmonton makes for wholesome winters and gorgeous summers. The most winter-ridden months tend to be December, January and February, wherein residents can expect average snowfalls of over 8 inches. These months also tend to be the coldest. However, the summers in Edmonton are quite delightful, with average daily maximum temperatures exceeding 20ᵒC in June, July and August.

The city has milder winters than either Regina or Winnipeg, both further south of Edmonton in latitude. Edmontonians usually enjoy sunny weather, even in winter, and the majority of precipitation comes in summer. Edmonton enjoys a dry climate with little of the summer humidity that bothers many people in Ontario, making it a great place to settle if you enjoy lots of year round sunshine.

The City of Edmonton is home to over ten post – secondary learning institutions , three major school boards , including Edmonton Public district, Edmonton Catholic District – for students aged from kindergarten to grade 12, as well as a Francophone School Board.

Out of the post-secondary institutions in Edmonton, the largest is the University of Alberta, which is regarded as one of Canada’s most prestigious universities, and provides education for over 36,000 students each year. Another university within Edmonton is Grant MacEwan University, which has an average student body of 14,000.

Edmonton is also home to the Northern Alberta Institute of Technology (NAIT) which offers various undergraduate, certificate, diploma, and applied technical course programs. NAIT educates a large number of students, much like the University of Alberta, with enrollments at approximately 29,300 students per year.

Due to the large expansion of industry and infrastructure in Edmonton, the city now boasts an advanced busing and city-line train system under the Edmonton Transit System, as well as benefiting from the lowest gasoline and diesel prices in Canada. Public transit routes are vast and accessible to large ranges of Edmonton residents. Edmonton is also home to many bike routes, as well as scenic walking and biking paths throughout the expansive 27,400 acres of parkland within the city – the most parkland per resident in Canada. 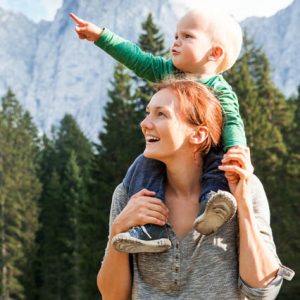 Edmonton boasts a large availability of recreational activities and establishments that cater to all age groups and families. One of the largest attractions in Edmonton is the West Edmonton Mall, a former world-record holder for the largest shopping centre. The West Edmonton Mall houses multiple recreational activities such as swimming and waterslides, rollercoasters and games, marine life shows and viewing, mini golf, laser tag, bowling, and even a skating rink, while providing customers with an expansive selection of shopping, varying from big-box retailers to independent clothiers, as well as restaurants of all shapes and sizes.

Edmonton’s 27,400 acres of parkland makes for beautiful terrain for walking and biking along the paved paths amongst the lush surroundings. There are over 90 kilometers of available pathways for skiing, snowshoeing, waling, hiking, and biking. The city also has many entertainment options such a movie theatres, youth clubs, restaurants and shopping, and varied events and gatherings throughout the year such as the Capital Ex carnival and festival.

Being home to two professional sports teams, Edmonton has no shortage of live sports entertainment. The resident Canadian Football League team, the Edmonton Eskimos, play at the 60,000-seat Commonwealth Stadium, while the resident National Hockey League team, the Edmonton Oilers (former team of Canadian legend Wayne Gretzky) plays at the brand new Rogers Arena. Built in less than three years at a total cost of more than $600 million, Rogers Arena officially opened to great fan fare in late 2016; just one more reason to call this great city your new home. 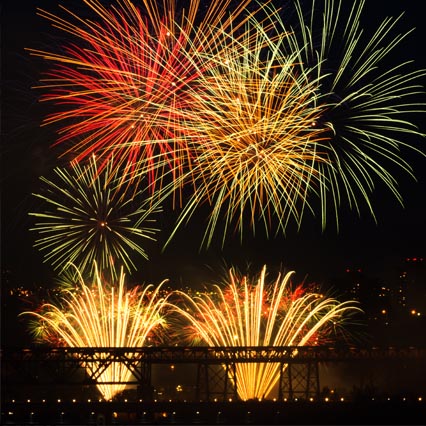 Being home to over 30 diverse yearly festivals, 20 theatre companies, and the newly developed Art Gallery of Alberta, it’s no wonder why Edmonton proudly boasts the title of being Canada’s Festival City.

With festivals ranging in Folk, Country, Electronic, Blues, and many more music styles, there’s no shortage of entertainment options when living in Edmonton. International and cultural festivals, like the Edmonton Fringe Theatre Festival are also largely recognized and attended events that bring the city to life with over 500,000 attendees and 1,000 live theatre performances. Edmonton also hosts sporting events and festivals like the Annual Edmonton Dragon Boat Festival.

Aside from larger festivals, the cultural scene in Edmonton flourishes with an exciting night life with many different establishments to choose from, as well as a strong film and musical communities. One of the more unique festivals hosted in Edmonton is the International Street Performers Festival, Canada’s oldest event celebrating the art of street theatre, with action around every corner throughout the city.

For a complete calendar of Edmonton festivals and events, please visit the following link, courtesy of Edmonton.com: http://www.edmonton.com/for-visitors/festival-calendar.aspx 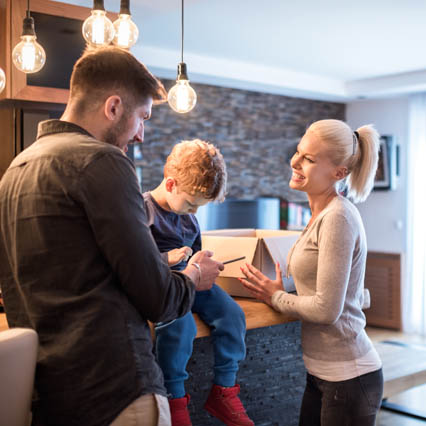 Some of the main reasons people move to Edmonton is for the appealing lifestyle and the availability of employment opportunities. Despite the global economic downtown, Edmonton has proven to be a resilient and reliable city with a flourishing employment market, low unemployment rates of 4.5%, relatively higher wages, as well as benefiting from Alberta’s lowest taxation rates in Canada.

Edmonton is always looking for young, skilled, and educated people to come see everything the city has to offer and to join in the economic prosperity of the city. Edmonton had the fastest growing economy of any large Canadian city in 2014, and the fourth-highest GDP, Edmonton’s GDP was 3.5 % and ranks Edmonton in the top two nationally of 13 metropolitan areas in Canada as of December 31, 2014.

This city offers business owners the opportunity to bring their business to a land of prosperity that also benefits from the lowest taxation rates in the country. With a small-community feel and big-city benefits, Edmonton is the perfect place for your business and your family to thrive.

With the most parkland out of any city in Canada, one of the largest shopping malls in the world, professional sports teams, festivals and events, many historical landmarks in the city and surrounding areas, as well as being one of the most flourishing business districts in the country, Edmonton has plenty to offer for visitors and tourists. For more information on the marvels of Edmonton, please refer to the following website:
http://www.edmonton.com

If you are interested in looking for a new home in Edmonton contact John Mattiello for more information and a personal guide to everything Edmonton!